NO BULL on Broad: Training Update 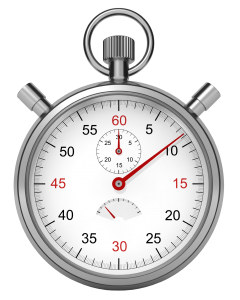 Late last week, I received an email from Rich with the following:  “One hour. Six miles. No pain.  #roadtobroadstreet”  Sources were not able to independently verify if Mr. Pileggi actually ran that distance in the time asserted, but he has given us no reason to doubt. There has been a bounce in his step around the office.

I approached his competitor with the news of Rich’s progress and his response was honest:  “Seven miles. 1:06. Lots of pain and agony.” So Mike may need some oil for the ol’ joints, but he was able to smile through the suffering. Perhaps because his time per mile was ever so slightly faster.

Below are the charities being supported by each competitor:

For more than 100 years, Big Brothers Big Sisters has operated under the belief that inherent in every child is the ability to succeed and thrive in life. As the nation’s largest donor and volunteer supported mentoring network, Big Brothers Big Sisters makes meaningful, monitored matches between adult volunteers (“Bigs”) and children (“Littles”), ages 6 through 18, in communities across the country. We develop positive relationships that have a direct and lasting effect on the lives of young people.

JDRF is the leading global organization funding type 1 diabetes (T1D) research. JDRF’s goal is to progressively remove the impact of T1D from people’s lives until we achieve a world without T1D. JDRF collaborates with a wide spectrum of partners and is the only organization with the scientific resources, policy influence, and a working plan to better treat, prevent, and eventually cure T1D. As the largest charitable supporter of T1D research, JDRF is currently sponsoring more than $568 million in scientific research in 17 countries.

TILA/RESPA: The Times, They Are A-Changin'