If you did an internet search for this topic, we’re guessing you just discovered how astronomical mortgage taxes can be in New York. They might as well ask for your right arm! The following is the information you need to help you lower those taxes and keep your appendages.

New York is one of a handful of states which require a mortgage tax to be paid on all new mortgage loans. This tax is calculated on the full amount of the new loan which can result in thousands of dollars of taxes due from the borrower. The Consolidation, Extension, and Modification Agreement (CEMA) allows for mortgage tax to be paid only on the difference between the unpaid principal amount of the existing mortgage and the new mortgage amount (also referred to as “new money”). 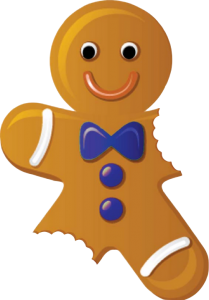 CEMA transactions require the involvement of an attorney along with the preparation of several additional documents to be signed at settlement and recorded thereafter. With this in mind, the reduction in mortgage tax should always be weighed carefully against the additional attorney and/or title fees as well as the additional time necessary to complete the closing in order to determine whether the CEMA will result in a net gain for all parties involved.

A CEMA can only occur when the existing loan and the new loan belong to the same lender. For example, if a borrower decides to close their refinance loan from Wells Fargo as a CEMA, but their existing mortgage is being serviced by Bank of America, an assignment would need to be obtained so both loans become the responsibility of the new, refinancing lender. In addition to the assignment, the existing mortgage lender will have to provide all original Notes or CEMA documents from the existing mortgage(s) in addition to an up-todate payoff in order to confirm the unpaid principal balance of the existing loan. This amount, along with the “new money” referenced above, constitutes the entire consolidated amount. Due to the complexity of the transaction, the first lender may require the provision of the exact closing date several business days in advance before they release a payoff.

After preparation of the HUD-1 settlement statement by the title company, the lender will typically require their attorney to prepare the CEMA document itself, which includes four exhibits:

Upon return of the completed CEMA document, the title company may need to revise the CEMA recording fee to reflect the exact number of pages it contains as it typically varies between thirty-five and forty-five pages. After the CEMA transaction is complete, the borrower will have a singular lien against their property reflecting the total consolidated amount.

With Your Powers Combined...

Bankruptcies at a Glance